There’s no getting around the fact that getting arrested is no fun. Still, unless your offense is particularly severe, there’s a good chance that you’ll have the opportunity to pay bail so that you can live at home while your case is in process. Keep reading to discover how getting to know a licensed bail bondsman will make getting arrested a much less horrible experience. 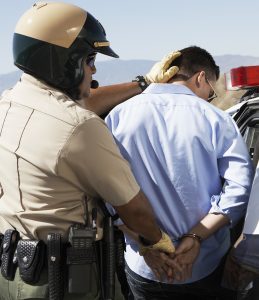 Booking Process after Getting Arrested

Before you can even think about posting bail, you’ll need to make it through the booking process. This procedure takes place at the police station and is the official record of your arrest. Some of the experiences that you can expect include

The key to making it through the booking process with your dignity intact is to try and stay calm and patient. It’s not uncommon for the booking process to take a long time during busy times. Keep in mind that you can’t get out of jail on bail until you’re booked into lockup, so it’s in your best interest to cooperate and help things move as smoothly as possible.

Once you’ve completed the booking process, you might be able to post the bail listed on the bail schedule, or you can ask a judge to set your bail at a bond hearing. Judges rely on a formula that takes into considerations such factors as (1) charge, (2) criminal history, (3) public safety, and (4) likelihood that you’ll attend all court hearings in determining an appropriate bail amount. Your defense attorney can give you a decent idea of how much bail you’ll probably need to pay based on your situation.

Don’t worry if your family doesn’t have enough cash reserves to fund your total bail amount. Bail bonds companies specialize in posting bonds for defendants who are unable to pay the whole bail amount up front. In return for working with a bail guarantor, you’ll pay what is known as the bail bond premium.

The bail bond premium is the non-refundable fee that your bail bondsman requires in exchange for guaranteeing to the court the total cost of your bail. Gibson Bail Bonds, like most companies in the Harrisburg area, typically requires payment of between five and ten percent of the entire bail amount. We’re happy to work with you to come up with the bail bond premium so that getting arrested doesn’t result in a long stint in the slammer.

Lastly, we know that getting arrested is an awful experience and our goal is to get you out from behind bars as fast as possible so that you can continue your life at the same time that you’re fighting for your long-term freedom. Contact us at Gibson Bail Bonds whenever you need help in making bail.