Joyriding: What is it? And Why is it Illegal?

While movies, video games, and TV shows portray joyriding as comedy, it’s anything but funny. As the less-severe sibling of grand theft auto, it carries serious charges.

It’s often seen as a misdemeanor and you may qualify for being bailed out. Contact Gibson Bail Bonds for 24-hour service agents throughout Pennsylvania correctional facilities.

What are the Charges for Joyriding?

Let’s say you borrowed your friend’s car without asking to run your errands, thinking that they would understand. When they finally notice their car is missing, they believe someone has stolen their vehicle since you never asked. Then, they call the police. When you’re finally caught driving their car, you can be charged. Joyriding applies to any unauthorized use of a vehicle that doesn’t belong to you.

Most often, this happens with unruly teenagers taking off in the family car. Depending on the situation, it will likely be charged as misdemeanors, although felonies can sometimes apply. Even if you know the person well, it isn’t recommended to borrow their car without asking. Make sure you always have at least their verbal consent before taking their vehicle.

What Were the Intentions of the Joyrider? 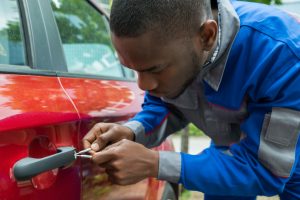 Another primary argument for joyriding charges is the driver’s intent for their actions. In general, when a joyrider returns a car, it becomes challenging to bring in grand theft auto charges.  Joyriding, on the other hand, is usually charged as a misdemeanor offense. When the joyrider believes they had the owner’s consent, they likely will face lesser charges.

The last question is, did the joyrider intend on committing other crimes? It’s common for individuals to use a vehicle that isn’t theirs to break other laws. Carjacking, which is another type of auto theft, is a first-degree felony crime. If the criminal used a weapon or firearm, they could face additional charges and punishments.

What is the Punishment for Joyriding in Pennsylvania?

Misdemeanors are lesser charges than felonies, so the crime could carry prison time. While not a guaranteed sentence, you could face at least two years behind bars. As far as monetary fines go, you may have to pay $5,000. Although that isn’t a ton, it’s still a hefty price for borrowing a car.

Should the owner push for grand theft auto charges, you may face worse punishments. Your fines could triple, and you might spend seven years in prison. When in doubt, simply double-check that you do have permission to take a vehicle. Otherwise, even the best friendship can dissolve into a bitter legal battle quickly.

Does the Value of the Vehicle Matter in Joyriding?

Some communities do base vehicle theft charges on the value of the car. They argue a classic or collector’s vehicle is worth more, increasing the theft charges. In Pennsylvania, the crime is what is charged, not the value of the item stolen. Whether it’s a Stingray Corvette or a Honda Accord, joyriding is the same charge.

Taking a car without permission is a fast way to get arrested. Call Gibson Bail Bonds for 24-hour bail bond agents to any Pennsylvania holding facilities.