What is Manslaughter, and How Serious are the Charges?

When you watch enough TV dramas, you hear legal terms used interchangeably. As a result, what is manslaughter when compared to homicide or murder?

Every one of these charges are serious, they do have different outcomes and punishments. Continue reading about manslaughter with us at Gibson Bail Bonds, your 24-hour Pennsylvania bond agents.

What is “Manslaughter” and How Serious is it?

While everyone knows that accidents happen, sometimes they have tragic consequences. Unfortunately, when someone loses their life, someone has to answer for it. Manslaughter has two primary types under the law, voluntary and involuntary. While both involve the negligence of the victims, they become separated by your level of involvement.

Voluntary manslaughter is often a provoked attack, so it is sometimes called a “crime of passion.” Involuntary manslaughter, on the other hand, simply means an accident could have been prevented. While both types of manslaughter charges are serious, they are often less than murder. The state needs to prove how much forethought happened before you took the victim’s life. 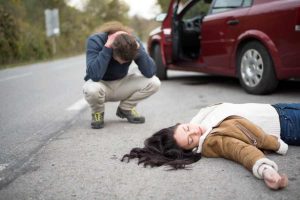 Criminal negligence is when someone should have prevented a death from occurring during normal operations. That extends from anything from carnival rides to driving across the highway. The level of recklessness and knowledge of events is what determines the severity of guilt. Were you intoxicated when you ran someone over, or were looking at your phone while driving?

Those who are especially irresponsible people may be seen as having little regard for life. If the court believes you acted out of malice, the charges will become worse. Accidents can happen at any time, but what will your involvement become? Proving that you weren’t morally bankrupt at the time can lead to lesser charges.

Voluntary Manslaughter: Taking Action Against Others

Let’s say you watched your favorite team at the bar, and a patron started a fight. What happens should you, or they, end up dead as a result? Since you didn’t know the person beforehand, it isn’t exactly a deliberate attack. They also had provoked your response, leading to an in-the-moment killing.

While there might be some space to argue self-defense, it becomes increasingly difficult following manslaughter. That is especially true when you know the person prior, creating a timeline of fighting. One way judges and juries determine the level of guilt is how emotional killings seem. Those who plan an attack are often upgraded to homicide or murder charges.

Manslaughter becomes murder when the attacks become intentional against others. That is especially true if there is a known history between you and the victim. Another question that will be asked, is what the timeline is between the incident and the killing. If you had hours or days to cool off and walk away, it looks planned.

If your actions reflect a period of premeditation, you may face murder charges. As a result, it will  seem less likely that an accident did occur.