What Happens When You File a Complaint Against a Police Officer?

You were pulled over and hassled by the police for no apparent reason. It’s not the first time that you’ve encountered this particular officer, and you want to complain. What happens when you file a complaint against a police officer?

You Have a Right to Complain

If a police officer’s conduct falls short of being acceptable, you always have the right to complain. You should be able to expect that the police will treat you fairly and with respect. Your complaint could also help to get a badly mannered law enforcement officer off the street.

In giving law enforcement the ability to arrest an individual, we expect the officers to present decent conduct. There are federal and state laws overseeing police misconduct. Depending on the police officer’s actions, civil and criminal statues can come into play.

Flex Your Rights urges you to report lousy police acts promptly. If possible, write down your recollection of your encounter with the police officer as soon as possible. Don’t neglect to note crucial details, such as the officer’s name and badge number.

It’s a smart idea to tell your story to a lawyer. A lawyer can help you to understand your situation from a legal perspective. Notify your criminal defense attorney during your first meeting of any problems that you may have had with a police officer during your arrest.

Your attorney will assist you in filing an official complaint of police misconduct. Don’t expect a super speedy response from the governmental authorities. Regardless of the sometimes slow nature of the justice system, stay ready to participate in the complaint until the end.

What Happens When You File a Complaint Against a Police Officer in Pennsylvania? 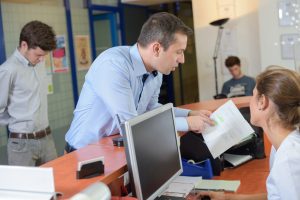 Allegations of police abuse are investigated in varying ways, depending on where you live. Some cities have civilian police boards that vigorously investigate potential police misconduct. Other times, places such as in Philadelphia, allegations against a specific police officer go through an internal police department review.

If the incident took place in Harrisburg, PA, there is a direct way to complain. You can complete a police misconduct form and turn the form in at the Bureau of Police headquarters. Once the police receive the complaint, they must investigate the allegations.

Unfortunately, what happens when you file a complaint against a police officer isn’t always clear. Pennsylvania doesn’t have a specific mechanism to investigate allegations of police abuse. Consequently, police departments throughout Pennsylvania employ different ways of policing their misconduct.

What might happen to the police officer who abused your rights? The answer to that question isn’t always evident in Pennsylvania. Depending on the facts of the misconduct, the police officer might end up unemployed, demoted, or merely warned to improve.

As the Pennsylvania Capital-Star notes, you might not find out what eventually happens in your case. Interestingly, police departments across our state don’t have to make police misconduct investigations public.

What are your options if there isn’t satisfactory action on the complaint? Hopefully, you’ve kept copies of everything related to your claim. There’s no doubt that Dauphin County, PA, has an upstanding police force of committed officers. Still, we’ve spoken to enough of our clients at Gibson Bail Bonds to know that there’s always room for improvement.

Filing a complaint with your local police agency isn’t your only option. If you still feel that justice demands a more vigorous response to your complaint, you can go above the local level. You can ask the U.S. Department of Justice’s Civil Rights Division for help.

What happens when you file a complaint against a police officer depends on the nature of the abuse and your location. Your location determines whether the charge stays within the police department or will go to an independent review board. You can always ask the federal government to look into the possible violation of your civil rights.

Contact us at Gibson Bail Bonds for direct assistance in bonding out of jail throughout the Harrisburg, PA area.