What are Pennsylvania’s Shoplifting Laws?

Have you ever felt tempted to take something from a store without paying? If so, you’ll want to know what our legal system thinks about shoplifting crimes. Follow along for what you must know about shoplifting laws in Pennsylvania.

You undoubtedly have a reasonably good idea about the basics of shoplifting. In general, individuals commit a shoplifting offense by taking property they don’t own from a commercial establishment. Businesses see hits to their bottom lines of billions of dollars each year to shoplifting crimes.

Some people view stealing from a store as a harmless crime. After all, they think businesses have insurance to cover such things. However, many commercial enterprises suffer significant financial harm when so-called customers steal from them.

One way that store owners fight back against shoplifting is by hiring a security service. From hidden cameras to security guards dressed as customers, you can be sure that your actions inside a store undergo consistent monitoring.

Today’s advanced loss prevention units make it challenging to shoplift successfully. If you discover yourself being caught shoplifting, get ready for criminal charges.

Since it’s evident that stealing store merchandise isn’t a victimless crime, it stands to reason that the action is against the law to shoplift in Pennsylvania.

There are essentially four main categories that cover retail theft in our state. Possible charges range from low-level summary offenses to a felony. Penalties vary from a small fine to prison time. 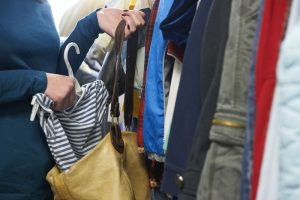 The category into which a shoplifting charge lands depends on the specific details of the crime. For instance, if it’s a first offense and the dollar amount stolen was small, the offender will typically receive a summary offense charge.

Keep in mind that your defense begins at the moment that you start to interact with law enforcement. Don’t answer any questions regarding the alleged shoplifting incident until you speak with your attorney. Trust us. We post bond for many defendants who made the mistake of admitting that they were trying to steal from a store.

Staying silent when a retail business accuses you of theft isn’t always enough to keep you out of jail. If you do end up with a booking number at a detention center in Harrisburg, Gibson Bail Bonds will work quickly to post your bond.

It’s possible to craft a successful defense to a shoplifting charge. One of the most successful legal defenses is to argue that the facts involved are wrong.

We all know that our nation has a long way to go when it comes to treating everyone fairly. There’s no doubt that retail stores sometimes engage in loss prevention techniques that unfairly target minorities. Racial profiling has led to numerous examples of individuals facing charges based on evidence that came through racial profiling.

If you believe that the store security is unfairly accusing you of shoplifting, you do have options. Consider telling the store employees to call the police and tell them you want a lawyer. As Lifehacker notes, a store’s loss prevention team might back down if they don’t think that they can prove their case in a courtroom.

Of course, unfairly accusing someone of shoplifting based solely on race is wrong. Corporations can end up as defendants in civil lawsuits for allowing such practices. To prevent illegal profiling, retail stores have begun to employ a host of techniques designed to make loss prevention race-neutral.

Read here for information on finding out more about racial profiling in many different areas of life.

Retail theft isn’t a victimless crime, and there are shoplifting laws in Pennsylvania. The specific charge that you’ll face if arrested depends, to a large extent, on the value of the items allegedly stolen. Protect yourself from helping the prosecution prove the case against you by staying silent until you see a lawyer.

Contact us at Gibson Bail Bonds when your life takes a downward trend and you need to post a bond to leave jail. We excel at helping our Harrisburg, PA, area clients go home as fast as possible.