Misdemeanor Vs. Felony: What is the Difference?

Legal terms can look and sound alike, to where it gets confusing quickly. Many people are perplexed when comparing a misdemeanor vs. felony and how they are tried. It means that more than one is worse than the other. When it’s your freedom on the line, the difference matters a lot.

As the trusted name in Pennsylvania bail bond agents, we have seen it all. Gibson Bail Bonds helps residents throughout the community, 24-hours a day.

Below are some of the differences between a misdemeanor vs. felony. As always, consult with a legal professional before making important decisions.

What is a Misdemeanor?

In short, a misdemeanor is typically what you would receive for less offensive crimes committed. That can mean anything as benign as a destructive prank, to driving under the influence. To make matters more confusing, many states have varying degrees of misdemeanors. As the attitudes of the country change, so do these laws.

For example, you can’t legally possess recreational cannabis in Pennsylvania, but in Colorado you can. However, some cities have decriminalized it, while other states do allow it. What is legal in some communities is a felony or a misdemeanor in others.

Always speak with a legal expert before consuming substances in a different state. 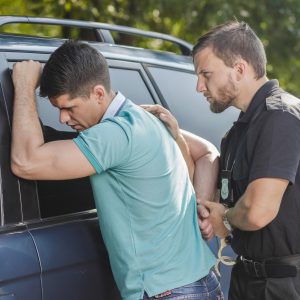 What is a Felony?

A felony, on the other hand, is a more severe crime committed. While shoplifting might be a misdemeanor, robbery or grand theft would be elevated to a felony. These more severe crimes carry with them harsher sentences as well. While it differs state to state, most felonies mean over a year in prison.

The topic grows more confusing when discussing the different classes.  According to Federal law, there are five felony groups and punishments:

The more severe the crime, the harsher your sentence might become. In many areas, committing crimes with a gun adds extra time to your sentence.

Misdemeanor Vs. Felony: Who Goes Where?

Another way to tell the difference between a misdemeanor vs. felony is the facility. Those that commit minor offenses typically go to county jail. In Pennsylvania, many of the institutions are the same, not making much difference. However, there is often less security needed for low-level criminals versus hardened ones.

If a crime is low enough, you may only receive a fine or community service. But do know that misdemeanors can still send inmates to jail for a few months.

On the other hand, those that commit felonies usually end up in federal prisons. These can have different levels of defense, including maximum-security facilities.

Can I Vote After My Sentence?

For many inmates, they end up losing some of their civil liberties after their arrest. However, not all sentences lead to not being able to vote in the upcoming elections.

Getting into a minor scrape with someone won’t have the severity of manslaughter. In cases where you only receive a fine, you often keep most of your rights. It isn’t until you have committed a major felony that your liberties are stripped. Prison sentences mean living without firearm rights, jury service abilities, or holding public office.

The judge ultimately determines your punishment based on the crimes committed. Speak with your lawyer or source for professional advice before appearing in court.

Misdemeanor Vs. Felony: When Do I Need Bail Bonds?

Another reason people become confused over the two types of crimes is when bail is involved. When would an inmate get to post bail, and when wouldn’t they?

Because a misdemeanor is a less severe offense, you may be released. However, it isn’t always guaranteed based on the judge’s discretion.

For a felony, on the other hand, you are less likely to qualify. Contact Gibson Bail Bonds for more information, 24-hours every day.