If Police Let You Go Can They Charge You Later?

You were pulled over and spoke with an officer, but they ended up letting you go. You got off scot-free, right? Not so fast, turbo. In most cases, this is correct. Gibson Bail Bonds wants to discuss the details around your chances of receiving a citation after-the-fact.

If Police Let You Go, Can They Charge You Later? 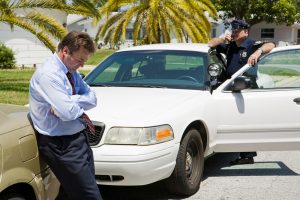 Pulled over and questioned

Minor incidents, like traffic violations, are unlikely to see a later charge. Since officers are able to use their discretion to give warnings on small things or first-time violations, they aren’t required to cite every driver they pull over.

If they did decide to cite you later, they’d need to figure out how best to deliver the citation so that you have your court date to speak to a judge. Most officers don’t have the time to track you down.

In most states, an officer has up to one year to pursue legal action on citations. This means that they could track you down at your home or work and issue the citation, or they could ask the courts to issue a warrant for your arrest.

An arrest isn’t possible on violations that don’t carry jail time, but it is possible on more serious offenses. For example, an officer may choose to postpone an arrest or charge if they are still investigating and need to collect more evidence. Cases involving felonies or misdemeanors sometimes need to wait for labs before an arrest is made.

In some cities, the traffic is monitored by a camera near busy intersections or dangerous stretches of road. If you’re caught speeding, running a light, or otherwise violating traffic ordinances in range of these cameras, you can expect a ticket by mail.

Another situation that could result in a ticket via mail is if you were unable to receive the ticket at the time of the incident. This is only an option if you were injured at the scene of a crime and later deemed at fault.

How Do Traffic Tickets Work?

When you’re cited for a traffic violation, an officer has you sign the ticket. This is to confirm that you received it and that you’ll show up in court on the appointed date. This isn’t an admission of guilt, but an acknowledgment of receipt. If an officer doesn’t get that signature, there is no proof that the citation was given.

It discourages officers from mailing out citations unless absolutely necessary. Courts also process dozens of minor traffic violations every day, so by adding unnecessary mail-in citations, it would overburden them.

If you’re mailed a ticket, and you choose to ignore it, your problem doesn’t just go away. Skipping a date with the judge is tempting fate.

Prosecutors don’t care if you’re present to follow through with the charges. This is especially true if the officer testifies that they gave you a ticket and verbally confirmed the appearance date. Your absence can be justification to put a warrant out for your arrest; then, new charges will be added to your sheet for “Failure to Appear.”

It’s much simpler to show up to court, speak with a judge, and take care of the citation instead of heaping more trouble onto your plate. Being arrested causes all sorts of havoc. It can tarnish your reputation, interfere with your schedule and obligations, and cause unneeded stress for you and your family.

Maybe you didn’t make a great choice and ended up in jail. Gibson Bail Bonds is here to get you out of lockup while you await your court date. Give us a call from jail, or have a family member contact us to discuss your options for bail bonds. Your legal aid can also give us a call to help you out.