How Are Bail Bond Amounts Determined?

Have you ever wondered how judges determine bail bond amounts? So much of the criminal justice system seems hard to understand, and how a judge comes up with a bail amount is no exception. Read on to learn why bond numbers aren’t nearly as much a matter of chance as you might think. 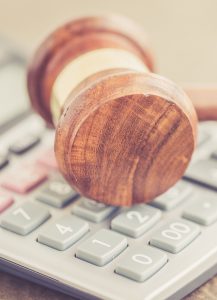 County courts throughout the United States keep a list, called a bail schedule, that shows the required bail amounts for many infractions and misdemeanor offenses.

If you’re in jail on one of these types of charges, you won’t need to see the judge to find out your bail amount. Instead, you can pay the bond amount noted on the bail schedule.

What happens when you don’t agree with the bail schedule’s stated amount in your particular case?

One of the outstanding things about our criminal justice system is that you can always decide to take your chances and ask a judge to reduce the bail amount.

A judge generally fixes the bond amounts for more severe offenses. The judge sets the bond amount during the bail hearing, and the cost for bail depends on many factors. Some of the things that a judge looks at include (1) offense, (2) criminal record, (3) outstanding warrants, (4) community ties, (5) how likely it is that you’ll make it to your court hearings, and (6) public safety.

Expect a sky-high dollar number for your bail for a serious violent crime especially if your past criminal record makes the judge believe that you’re unlikely to come to court on time and may even commit other offenses while free from jail. On the other hand, if you have deep ties to the community and a clear criminal record, there’s a decent chance that your bail amount will fall on the lower end of the spectrum for your type of offense.

Lastly, bond amounts vary from jurisdiction to jurisdiction and depend on many essential factors that the judge considers in determining bail. Regardless of the set bond amount, Gibson Bail Bonds is ready to post your bond so that you can continue your life while your criminal case proceeds. Contact us today, and we’ll help make sure that you’re home as soon as possible.