All crimes are not created equal. In the United States justice system, there are felony crimes, and there are misdemeanors. Felonies are the more serious charge of the two. There are many examples of misdemeanors since they make up about 80% of all arrests.

If your life has taken a turn that includes an arrest, you may find yourself sitting in jail waiting for a trial to start. Call Gibson Bail Bonds today for help with your bail. Our agents can assist you in getting out of jail and back home soon.

There are significant differences between misdemeanors and felony crimes. The criminal justice system defines each one based on multiple factors such as:

Felony crimes carry a potential mandatory sentence of at least one year under incarceration. These sentences can extend to life in prison or, in some states, the death penalty. They also can involve fines, but confinement is the more significant outcome. If convicted, the person will likely serve their sentence in a state or federal institution.

Misdemeanor crimes carry a possible jail sentence of less than a year. They also tend to have hefty fines for the person to pay. In misdemeanor cases, incarceration may or may not happen. It isn’t mandatory. If someone receives a jail sentence in these cases, they will likely serve it in a local correctional facility.

Although misdemeanors are less damaging than felonies, they still have lifelong impacts. Many crimes fall under this category. Here are some of the most common offenses.

In most states in America, traffic violations fall under the classification of misdemeanors. Examples include:

Traffic violations can turn into felonies in some situations. For instance, if you leave the scene of an accident or cause bodily harm or death while driving, the charges will be higher. In addition, if you get multiple speeding tickets or DUIs, you could face felony charges

This situation is an excellent example of how a crime changes based on who the victim is. In general, exposing yourself in public is a misdemeanor. But the same crime in front of a child is a felony. States can have different age limits for the victims in determining whether they are a child or an adult. In some states, regardless if they classify the crime as a misdemeanor or felony, you may have to register as a sex offender. 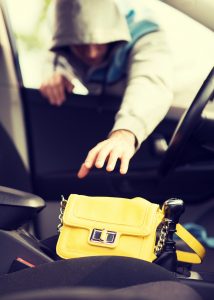 This type of crime is all about how much someone steals. There are many levels of theft in the criminal justice system. Generally, taking something worth less than $500 is a misdemeanor. Although in some states that limit is as high as $1500.

How someone commits a theft matters, too. Shoplifting from a store is a misdemeanor. Robbing a store while using a gun is a felony. When theft becomes a felony, it usually gets the label of “larceny.” Whether it’s a misdemeanor or felony, a conviction will almost certainly bring jail time.

Verbal threats or minor physical assaults are misdemeanors. For example, knocking someone over in a bar fight could fall under this category. It’s important to note, however, that assault can escalate to a felony charge quickly. If there is significant bodily harm, premeditation, or a weapon involved, the attacker will be looking at felony charges.

Gibson Bail Bonds Can Get You Back Home

Misdemeanor and felony distinctions aside, when you’re on the wrong side of the law, you probably need some help. Being stuck in jail when you could be at home is devastating. The agents at Gibson Bail Bonds will help you make bail so that you can be free before your trial begins. Give us a call today.