Can You Leave the State on Bail?

Can you leave the state on bail? Living at home during your criminal case certainly gives you more freedom than being in jail, but there are still restrictions. Let’s look at how much space you’ll have to travel while you’re out on bail.

A Bail Bond Comes With Restrictions

You probably began thinking about bonding out of jail the minute that you entered the facility. It’s no surprise since there most likely isn’t a jail in the world more comfortable than your home. Still, you must understand that a bail bond comes with a host of restrictions.

To receive bail, you must promise to abide by restrictions set by the court. Examples of rules that you’ll have to agree to follow include:

Don’t even consider breaking the conditions of your release from jail. If a judge determines that you have violated your bond, it’s very likely that you’ll end up in a jail cell. You could also find yourself in trouble with your bail bonds company.

Along with the above bail bond conditions, most jurisdictions control your travel ability outside of your community. It’s best that you understand how out of state travel might impact your bail in Dauphin County before leaving town.

When Can You Leave the State on Bail?

It’s not impossible to leave Pennsylvania while you are out of jail on bond. However, there’s a strong chance that you’ll need to have a solid reason to travel. After all, anything that might make it hard for you to attend your court sessions is unlikely to receive rapid approval. 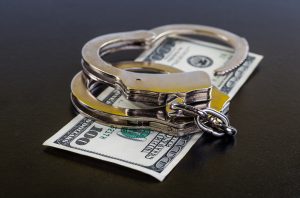 The key to traveling out of state rests in your ability to get the approval from the court. Expect to face loads of questions regarding your proposed trip. Along with the court, your bail bond company must also approve your travel plans.

When it comes to leaving the state temporarily, reasons such as a funeral of a family member might give you a better chance of leaving town than a trip to the beach. Nonetheless, don’t try to sneak out of town without approval simply because you don’t think a judge will agree to the trip. There’s certainly the chance that the court will be in a happy mood and grant your request.

Keep in mind that violating the terms of your bail agreement can lead to profound consequences. Stay safe and notify your attorney, the court, and your bond company of your desire to travel outside of Pennsylvania well in advance of your trip.

Consequences of a Bail Violation

Imagine that you decided to ignore our advice and got caught violating your bail agreement. Here’s what to expect in terms of the bail bond revocation process.

The first event that is likely to occur is that the court will issue a warrant for your arrest. A bench warrant tells law enforcement that they have permission to arrest you for violating bail. If this happens, contact your attorney immediately so that you can begin crafting a workable defense.

Once you end up back in jail, the next step is a bail revocation hearing. The court will look at the details surrounding the alleged violation. You’ll also have a full opportunity to explain your behavior to try and stay out of custody.

Depending on the result of the revocation hearing, you could face losing your freedom. Losing a bail revocation hearing can indeed lead to spending the rest of your criminal case in jail. It’s also possible that you’ll forfeit the money and assets you used to secure bond money from the bail bondsman.

Hopefully, you now know how crucial it is that you follow all of your bail conditions. Staying free throughout your case is a privilege that can quickly go away if you break the agreement.

Contact us at Gibson Bail Bonds to get out of custody in the Harrisburg, PA area.