Can Police Commandeer Your Car?

It’s a common trope: there’s a high-speed chase, an officer’s car gets damaged, so he flashes a badge and demands the use of your car to complete the chase. Can that really happen, can police commandeer your car? In most states in the US, Canada, and the UK, the answer is yes. It’s uncommon, but not unheard of.

The Legality of Police Commandeering Your Car

The law in most states clearly states that police can commandeer your car in the legal pursuit of another person. They could request that you drive, even with the chance of personal injury or property damage. It is because of this liability, that most officers choose not to go this route. Some officers have stated that they didn’t know the law existed.

In past instances, if a vehicle was commandeered, and the pursuit resulted in injury or damage, the owner was not compensated. However, all it takes is one judge to shift the standard and put the liability onto the police department. 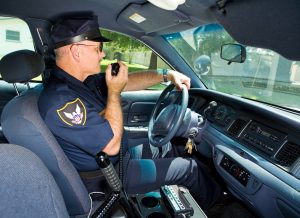 The History of Commandeering a Vehicle

While this occurrence isn’t unheard of, it is quite uncommon. The laws originate back to the late 18th century in England. The common law stated that law enforcement could use the horses and equipment from neighbors to capture fugitives. The laws were never re-written when they migrated to the states.

Real Examples of Police Commandeering Cars (and Other Vehicles)

Vehicles aren’t exclusively cars. There have been cases of officers borrowing bicycles, scooters, and even a plane to chase after criminals. One such story is that of Sheriff Chuck Dunn in 2005. He commandeered a Cessna 150 airplane and asked the pilot, Mike Spicer, to fly it for him to chase down Michael Michaud. By dumb luck, when Michaud was found by Dunn, Spicer, and reserve deputy Arnie Knoewettgen (Morganville mayor), Michaud shot at the plane and managed to hit and injure Spicer.

The plane didn’t go down, and Spicer survived the incident, but it’s just one of a handful of situations where the outcome could have been much worse. The department could have been held liable for the damage and the injury.

Another example is that of the arrest of Bryan McMenamin. He was cuffed in the back seat of the officer’s car. When officers stopped and got out of the car, McMenamin climbed to the front seat and drove off. In his escape, he injured one of the officers. The second officer, in plain clothes, flagged down a passerby in a Hyundai Sonata. After a confrontation, the driver relinquished the car to the officer, who ended up not capturing the fleeing criminal.

Most officers feel the liability and moral compass that drives them doesn’t allow them to take advantage of this law. Quite simply, in most cases, it’s not needed. Between the chances of maintenance not being up to par on a car or bicycle, or the possibility of an injury, it’s just not worth the risk.

There are few modern cases of people being compensated for damages. In fact, a case in the 1920s went to court after a taxi driver was killed in a car wreck as a result of an officer commandeering his cab. The judge cited English common law as a reason not to repay the widow for the loss of her husband and his income. Adding onto that, he said that “the horse has yielded to the motorcar as an instrument of pursuit and flight.”

Many individual departments will attempt to repay the debt incurred through property damage if they are able to. Some law enforcement agencies even have plans in their workmen’s compensation policy to take care of the citizens and their families in case of injury or property damage.

Give Gibson Bail Bonds a call if you need help with bail bonds in the state of Pennsylvania. Read more interesting and unusual criminal justice topics on our blog.