Adjusting to Life After Jail

Every inmate counts down the days to when they’re finally released. However, most struggle with adjusting to life after jail, leading many right back. Gibson Bail Bonds knows how difficult it is to adjust to life after jail. We see repeat offenders requiring bail bonds every day, keeping more inmates stuck.

Re-acclimating to life without bars isn’t as easy as it may seem. If someone you know is being released, you may need help, too.

Below are some helpful tips for those returning to society after their sentencing. Continue reading to learn more about adjusting to life after jail.

Understand Why They Struggle

Living in prison is completely different than living among the general public. As a result, culture shock sets in quickly and can hinder recovery.

It’s natural for them to struggle after being released from their prison cell. Remain patient, and remind them that you are here to help. Remember, your loved ones haven’t been around for many years, and everything may seem new to them. There is much for them to catch up on, and it gets overwhelming fast. 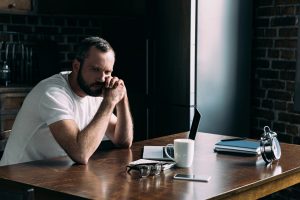 Life after jail can be challenging

Many people find themselves in a deep state of depression following their release. It also doesn’t help if they display symptoms of PTSD from their time inside. Coupled with the challenges of finding employment and readjusting, it’s a lot at once. If possible, introduce them to a therapist or other healthcare professional.

Everyone has bouts of anxiety, depression, and other mental struggles, especially after prison. Keep a watchful eye on their state and act accordingly to prevent relapses.

Part of re-acclimating to society is ending bad behavior at home. When they start to introduce habits learned in prison, you must make your frustration known.

They have likely lived without any sense of stability or home life for years. From the outside, it can get frustrating when they act out of anger. They can grow agitated, not knowing how to handle themselves. Calmly explain why you feel the way you do, and what needs to change.

Prevent Anger from Boiling Over

Behind bars, inmates are taught to be angry and ready to fight. At home, they need to relearn that they are safe and fighting isn’t the answer.

Rather than feeding into a fight or argument, remain calm towards them. Remind them that you are not their enemy, but someone who loves them. A happy, healthy home is one free from outbursts of anger. While they must do their part, stay patient as they readjust to everyday life.

Keep Them Away from Toxic People

Once an inmate is released, they may try to associate with the wrong people from their past. These could be friends from their past who encouraged their crimes and need to be cut out.

It’s also difficult to prevent someone recently released to not reach out to these people. Whether from loneliness or familiarity, your ex-inmate may slip into bad behaviors again. That doesn’t mean just staying away from other criminals. Anyone who has a negative impact on their mental state needs to keep away.

When people find themselves in rough emotional shape, they seek a release. Unfortunately, that usually means drugs, alcohol, or risky behaviors. It also doesn’t help that addiction brings out excuses, lies, and other ways to be sneaky. Even though they are a loved one, you must look beyond what they say.

While everyone has a different tolerance for alcohol and other substances, stay cautious. Getting regularly intoxicated to deal with everyday life is problem behavior.

What Else to Do While Adjusting to Life After Jail?

Reacclimating to society is no easy task, but with the right help, it’s possible. While not everyone will be excited to see you, those that matter will.

When in doubt, seek out ways to remain calm and mentally healthy. Contact Gibson Bail Bonds for local 24-hour agents.