Right to Trial by Jury: Your Sixth Amendment

In school, you were taught that all citizens have the right to trial by jury. However, how many times do you see proceedings with only a judge?

If you ever wondered why some cases have a jury and some don’t, you aren’t alone. At Gibson Bail Bonds, we hear this question asked time and time again. For your benefit, we wrote this helpful guide about your right to trial by jury. If you have additional questions, we recommend speaking with a legal professional.

If you have been arrested, you may be released before your sentencing hearing. Contact us 24-hours a day for convenient local bail bond agents and other solutions.

Where Does it Say I Have the Right to Trial by Jury?

Both the Constitution and the Sixth Amendment explicitly state that citizens must have fair trials. However, that doesn’t mean it’s as cut and dry as it seems at first.

Not every criminal will need to appear before a chosen jury. In fact, many cases require you to appear only in front of a judge. Preliminary hearings, for instance, are to inform you of your charges. Because you don’t enter a plea of guilty or not guilty, no jury is required. Once you begin defending your side, then you present to impartial peers. Cases involving jury members often have specific requirements to achieve first.

You likely aren’t going to appear before a full criminal court for stealing candy. The Supreme Court states that petty offenses don’t require such an audience. Instead, the right to trial by jury often is reserved for more serious crimes. If that’s the case, how do you know if you broke the law severely enough?

Many cases have influenced the current procedures as to when a court needs a jury. Some of those reasons are as follows: 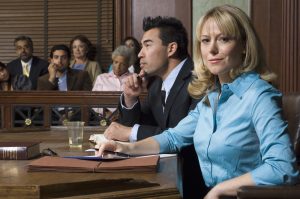 It can feel confusing, especially knowing some petty offenses have severe consequences. While these decisions are made on a case-by-case basis, some require them more than others.

If you committed a crime that carried a seven-month term, you could seek a jury. However, most inmates get multiple charges during their arrest. Each one is tried independently, and that means their punishments don’t stack. According to the Supreme Court, two separate charges six months or fewer don’t qualify.

You may seek a jury for some hearings and not others, depending on other factors. In some circumstances, a judge may decide differently, but usually not. Some defendants may also seek to ditch a jury altogether, though it’s often not recommended. Heed the advice of a trained legal professional before making these decisions.

How Are Jurors Chosen?

While the law says a jury of your peers, you don’t see your friends. Who, then, are these jurors, and how are they chosen?

The right to trial by jury includes both side’s attorneys briefly interviewing candidates. These potential jury members are summoned at random, and appearance is mandatory. Some situations can excuse people from serving, but not many of those reasons allow people to get out of doing jury duty. Also, blowing it off could mean  being threatened with an arrest for contempt of court.

Each state has its set of punishments, and many more are cracking down. Too many years of shirking responsibility have led to stronger enforcement.

Prepare for Your Right to Trial by Jury

Preparing for any trial requires tons of time and effort. The first step is being released from jail with a bail bond agent. We’re available for you 24-hours a day throughout Pennsylvania. As your trusted name in bail bond services, more residents turn to us.

Before hiring a lawyer, contact us day or night. Gibson Bail Bonds is always there for you.